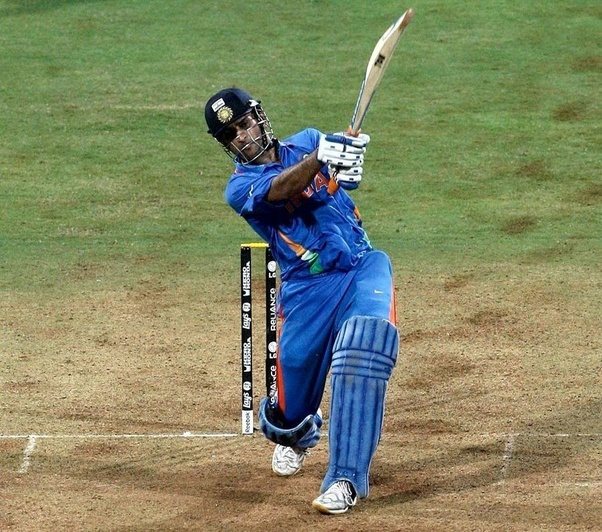 September 24,2007. It was the day when the whole nation rejoiced on the remarkable T20 world cup triumph in South Africa. I, like any other young cricket fan, was very happy, jumping on my bed and screaming my lungs out. The man in front of my eyes was Mahendra Singh Dhoni, with that trademark long hair, happily riding his bike on the ground, with the tricolour on his shoulders and an admirable, sweet smile on his face. Not that I hadn’t seen cricket before. I had witnessed absolute legends of the game play extraordinary innings and deliver unlikely victories. But I never had a role model. That day, my love for the game reached new heights and I met my first hero.

The very next day, I literally begged my father to enroll me in a cricket academy. I wanted to be like him. I would often copy his batting style, including that uncanny shrug of the shoulders and the nose-picking! For years, I had 7 as my lucky number, and that Reebok bat was my favourite. Because that was my craze for the man, and it’ll always remain the same. I would often try and apply whatever I learnt watching him on the screen. I can say his wisdom did wonders for me in the years I played competitive cricket.

No one is unfamiliar with his accomplishments. He was a brilliant middle order batsman, arguably the best when it came to finishing matches. Rarely can you come across a player who averages around 50 batting at no. 6-7 for a majority of his career. The way he used to carry out stumpings was beyond imagination, and people highly regard him as one of the best wicketkeepers ever, even though his keeping skills were often described as unorthodox. He ran as fast as anyone on the planet, and it was almost impossible to stop him from doing wonders with the bat and finishing matches with last-ball sixes. The unbelievable ‘coolness’ that he carried on the pitch was something which is widely admired, and would always be.

He’s the man behind many memories, be it the World Cup 2011 winning six in the Wankhede, the wonderful 224 against Australia in the scorching Chennai heat or those remarkable IPL victories with Chennai Super Kings. And, not to forget those special knocks which won us numerous matches right from the jaws of defeat. He has done everything possible for a cricketer. To top that, there is no one who could come close to him in terms of captaincy. Believe it or not, it might not ever be possible to emulate his captaincy records. Winning three ICC trophies is still a dream for today’s generation, and I’m dead sure it would always be. I could go on and on, such is the list of his achievements.

He is a people’s man. Loved by all, across generations. Even though it wasn’t always a smooth ride for him, he maintained his composure. He faced criticisms, a lot towards the later stages of his illustrious career and yet, he remained calm and let his game do the talking. He made a lot of decisions, some highly controversial, and always stood by them, just like a fine leader would do. He always believed in his team, in his peers, in the newcomers and faced every challenge that came his way with the same calm and cool attitude. His simplicity was his key and he often remained like that. Even though people criticised him, they believed in him, in what he could do. To the extent when the task looked almost improbable in last year’s WC semifinal, they believed that he would get us through. Because that’s what MS Dhoni could do. Instill belief in every cricket fan to do the unexpected. Nothing can describe the void that he left in the Indian Cricket Team. No one can replace his legacy and his wisdom. He’ll remain an inspiration for years to come, and that, according to me is his biggest achievement.

Even though I could see this day coming, I’m numb. The moment I heard it, I was shocked. I still am. I never wanted to face this day and write something like this. But, here are a few lines which come straight from the bottom of my heart just for the great man.