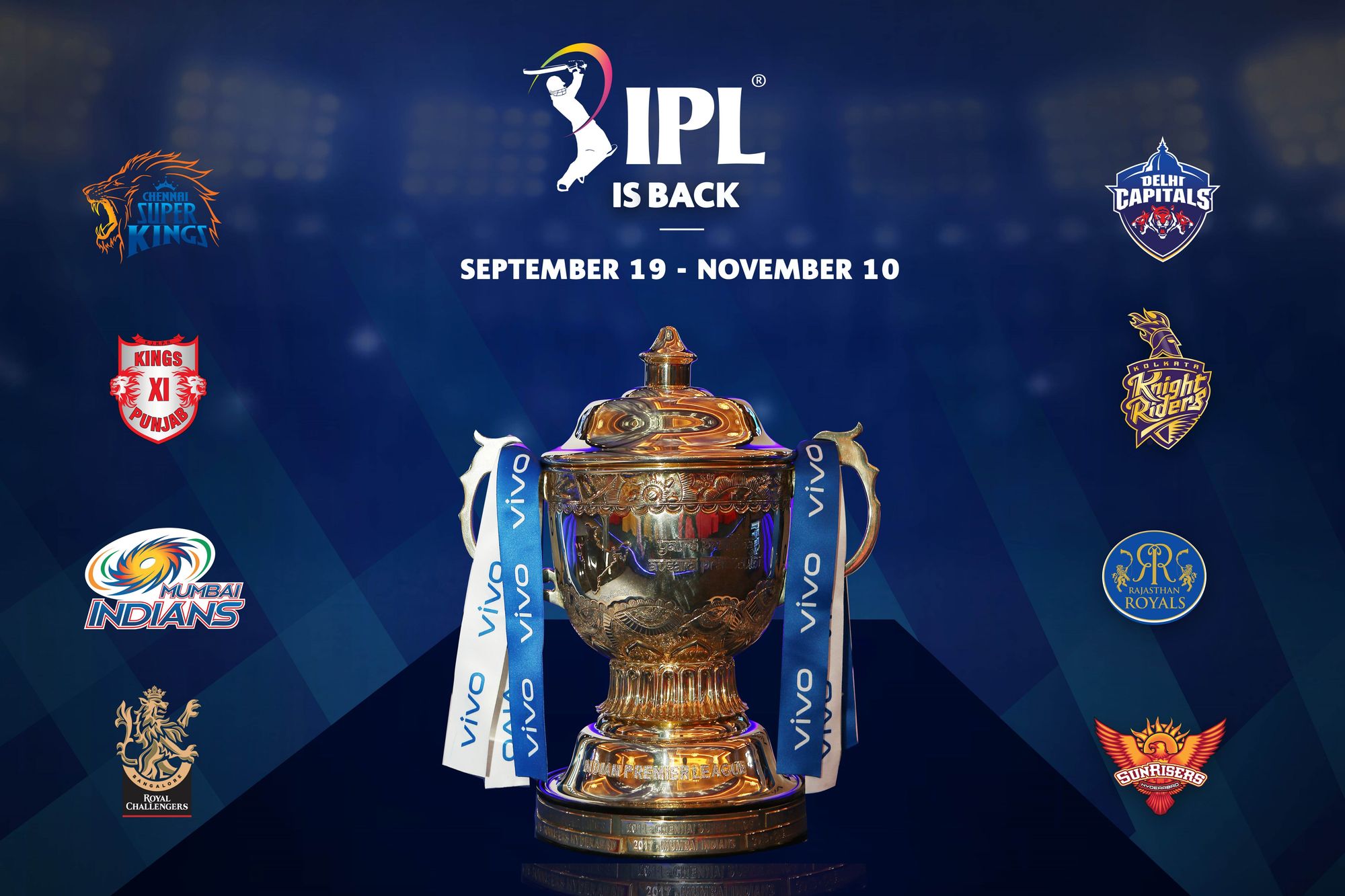 The year 2020 has been a big let-down. The pandemic has brought in negative vibes all around, and nothing significant seems to happen in the later part of this year. After months of sitting on the couch, and working home for hours, the boredom seeped in nicely. Plus, we missed our annual dose of entertainment: the Indian Premier League. Just when it seemed that this year might pass by without the IPL, the perennial event was announced, much to the happiness of fans around the globe. The event is due to start on the 19th of September, and cricket enthusiasts are all set, eagerly waiting for their superstars to be back on the field.

The major rule of this year’s IPL is safety and each and every rule is somewhat based upon that, keeping in mind the health of the players and support staff. So, the UAE has set three of its venues for hosting the event: Dubai, Sharjah and Abu Dhabi. Contrary to the previous seasons, this edition would have 53 matches, with each side playing 10 games each leading to the final on the 10th of November, which surprisingly falls on a weekday, i.e. Tuesday. Also, the 8PM and 4PM slots have been shifted to 7:30PM and 3:30PM respectively, which is perhaps a result of the safety procedures that are to be observed. There will be a major change in the form of the title sponsor of the event as it wouldn’t be Vivo for IPL 2020, but little would do to prevent the event from running full-fledged, with the Star network and it’s popular digital platform Hotstar attracting a major chunk of viewers. Plus, there isn’t a limit put on the substitutes, which is a relief to all the franchises as the 24 a side bench strength could be filled in successfully even if there are some hiccups. So far, so good.

However, there’s a hurdle: the possibility of the audience not making it to the stadium. No spectators, and perhaps, not the same enthusiasm. The IPL has been a staple diet of sorts for cricket lovers across the world, and given its marketability and scale, this factor might prove to be a huge setback for the sponsors and investors. Plus, this can also hamper some of the players; who are accustomed to play in energy loaded stadiums. We already got a glimpse of what cricket without crowds looks like, earlier this month with the England-West Indies test series. Despite the quality of cricket, the fact that it was played without the constant applause and cheering of the fans made it difficult to watch at times. Somehow, the fact that there was no one in the stands didn’t matter much to many as it was a test series, but thinking of a T20 match without the crowd feels so surreal. Yet, our hopes are pinned on the Governments of both the countries, and who knows, the crowd might be allowed into the stadiums.

Rest assured, the prospect of the IPL happening is a huge thing in itself. It’ll bring in the happiness, whatever maybe the repercussions. So, get ready, the fireworks are about to begin!